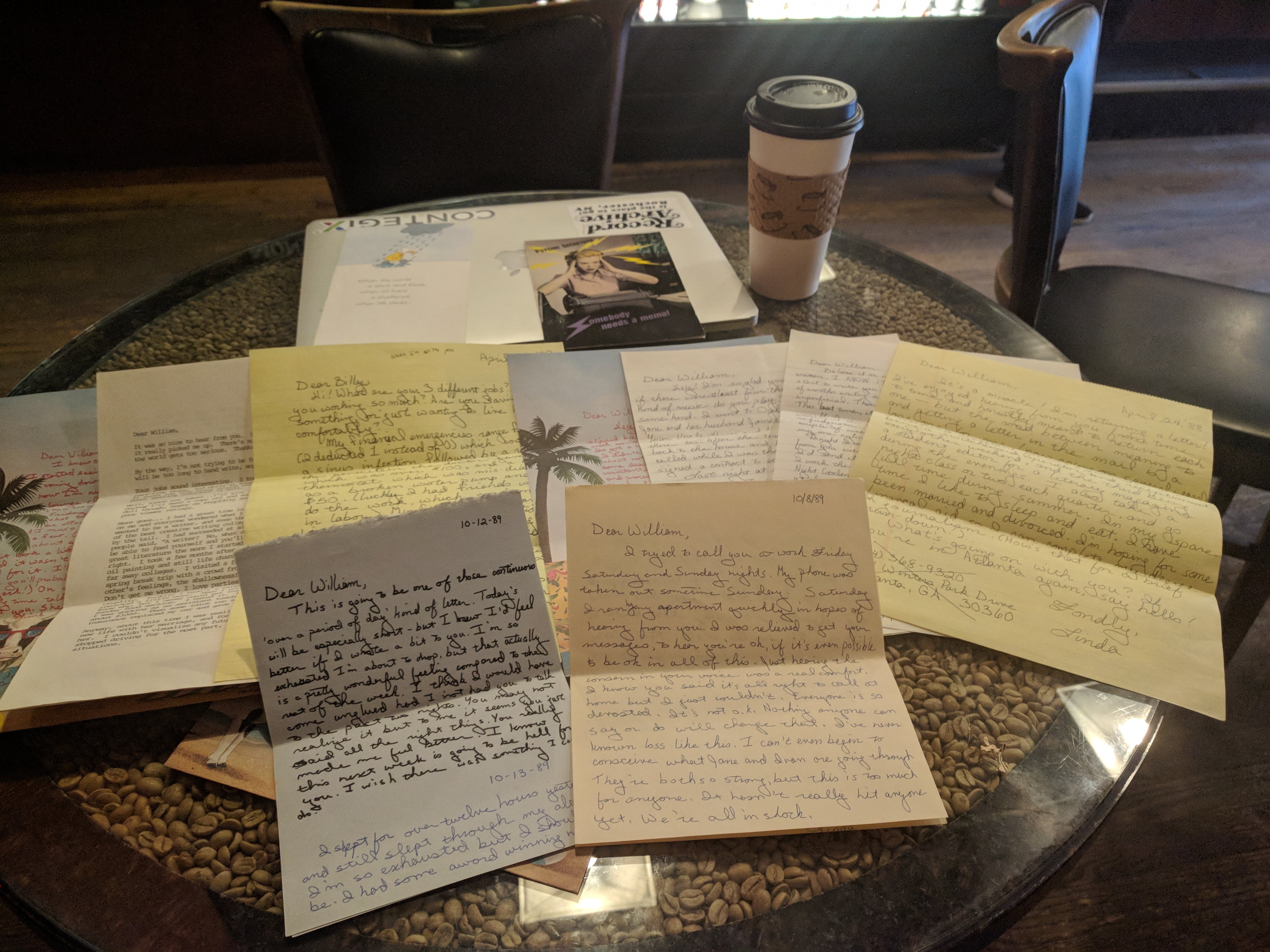 In the process of cleaning out my house, I came across a shoe box full of old letters that I had received from friends and family, and it got me thinking about actually sitting down and writing a letter.

While I was growing up, I would stay at my grandparents for a lot of overnight visits.  The early riser that my grandfather was, he would go downstairs to either make fresh bread, do research or to sit at the kitchen table to write letters to the family and friends.  He almost always woke me up on his walk to the kitchen so I would sit on the stairs and watch him write his letters.  Depending on who he was writing too he might have had some research that was going to be used to make his point all laid out on the table around him. Or a pile of news clippings he was going to send with the letter, I was always fascinated with his letter writing, so much so that I use to love writing letters.

His habit of letter writing rubbed off on me, and as I grew up, I became an avid letter writer.  When I became a teenager and moved to Bath, my letter writing became more prevalent, I would write to my friends in Fallsington or girls who went to the lake for the summer or off to college, or to friends of the family and of course family. I enjoyed putting thoughts and questions down on paper; it made things more personal between who I was writing to.  Dropping the letter into the mailbox and then the anticipation building of getting a letter back with I hoped the answers to the questions I had asked and then finding out what was going on in the person’s life.

How wonderful it is to be able to write someone a letter! To feel like conveying your thoughts to a person, to sit at your desk and pick up a pen, to put your thoughts into words like this is truly marvelous.”

The anticipation of having to wait for the next letter over at least a ten-day period (delivery to, writing back, delivery from).  The personalization of holding the piece of paper(s) that always made letter writing fun, compared to writing an email today, which always seems so impersonal to me.

It’s the impersonalization in today’s world of instant gratification that has replaced the written letter with social media, instant messaging, Snap Chat, Twitter, and email.  All of which typed quickly and in most cases short and just 140 characters max.

Gone are the days of taking the time to find the perfect pen to put word to paper, going out and selecting the perfectly weighted and colored paper to write your correspondence. To put that special pen to the hand-picked paper is what makes the letter a personal, heartfelt conversation between the recipients.  Don’t think I am still writing letters because I’m not; I can’t think of the last time I have put pen to paper and written a letter to anyone myself.

In my life, I have been trying to get away from the instant gratification communications of today and moving back to putting pen to paper for those communications that I would like to grow and build between friends and family.  Getting that feeling of really talking with people in a form that is more personal and more caring and loving.

My call to you all is dust off those old address books, find a piece of paper and a pen and write a letter….most people have a real physical address, not just an email address.

7 thoughts on “What happened to the written letter”