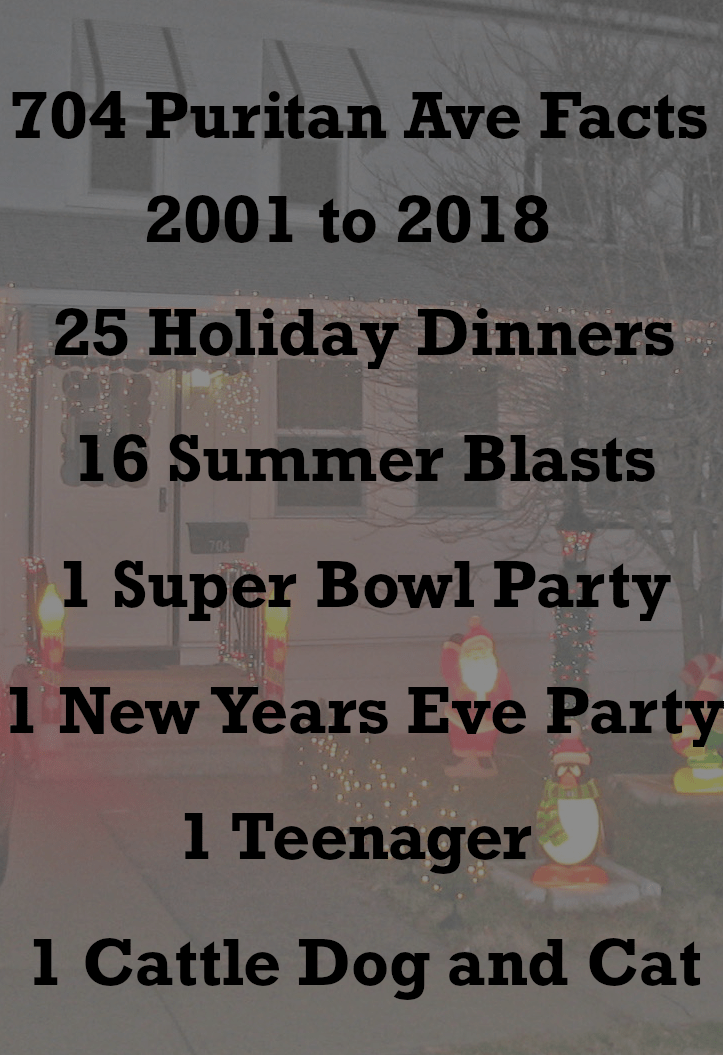 As the New Jersey chapter in the life of this traveler comes to a close as I divest myself of the last tangible asset that has held me to New Jersey as I close up the house at 704 Puritan Ave and hand it over to a new owner.  My daughter Avery grew up in this house; we watched her grow into the beautiful person she is now.  This house has seen many friends and family pass through to enjoy good times and bad. It was the center of the Bilancio family holiday dinners for 12 plus years, and in the summer it was the epicenter of some great summer blasts.

The chapter of my life in New Jersey started as an adventure story that had drama, humor and a little mystery thrown in.  It had births, and it had too many deaths of family and too many close friends, it had lost friendships of people I thought were my friends as well as loss of my real friends that moved on to bigger and better things.  At the beginning of the adventure I saw myself living and dying in New Jersey, but like most stories, there are sudden changes in the flow, and the protagonist finds a new path to follow and explore and to see what is going to happen with every turn of the page.

This article isn’t just about the closing and selling of a house but the end of a chapter in a story that we hope goes on for way more time, and it’s a good time to think and reflect on what has happened and to look forward to future adventures.

In the summer of 1990 when I moved back to New Jersey chasing a job offer, I remember how good it felt to be back with my cousins and the family I spent most of my life with and is where I grew up and had so many happy times as a kid.  We were so young and crazy when I came back, and I had watched and studied how much we have all grown and matured in the passing years. Most of us have been or are still married with children, and it’s incredible how much the children have developed or are growing into fine adults.

The few friends that I made in New Jersey and still communicate with have also moved on from the party life we all enjoyed in the backyard of 704 Puritan.  I have watched their kids growing up, and they are becoming young adults moving into their own. I have also watched as a few of my friends had moved on from the wives or husbands that they had when we first met and started hanging out, some for the better and some not so much.

My being and life force will always flow through New Jersey, as my daughter is still there as well as most of my cousins, aunts and uncle and the few friends I still have there.  The second anchor that holds me to New Jersey will be the graves of the matriarch and patriarch of the Bilancio family Rose and Louis Bilancio.

Like all stories of the traveler in the stories seem to flow and ebb, this traveler’s tale will continue as I move through the universe with new companions to far off lands and states and adventures, but my line of cosmic energy and my story will always flow through Central New Jersey.